Back To School Joys and Woes

From Kindergarten to College, across the good ole’ USA, kids and parents alike are gearing up for back to school. This season can be filled with varying emotions ranging from joy to sorrow, relief to annoyance (and by annoyance I mean back to school shopping). If you are a student, you may add fear and elation to the spectrum of emotions felt at this time of year! Personally, I have experienced them all and I’m sure most of you have too. 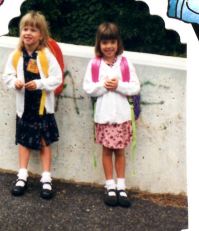 When my oldest (the twins) went off to kindergarten I actually considered following the bus to make sure they got to school okay! Thankfully sanity prevailed and I did not follow the bus! And I don’t care what anyone says, it did not get easier for me with each child that went off to kindergarten! However, as the elementary years went by, as much as we enjoyed our summers, I found myself looking forward to that first day of school and sending them all off along their way to get their education and so I could grocery shop in peace and quiet! It was around this time the comical Staples commercial came out that played the Christmas tune, “It’s The Most Wonderful Time Of The Year” as the dad skips down the isles gleefully tossing pens and pencils in the cart as the kids mope along. At the time I completely related to the dad there! I mean, I have four kids, three of which are only two years apart- grocery shopping was nightmarish and I spent way more money when they were with me then when they weren’t! 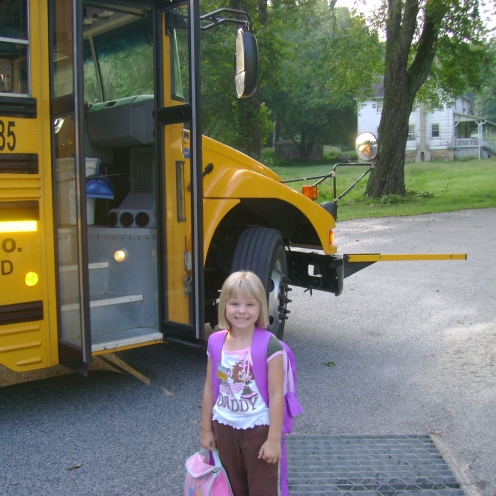 Somewhere along the way as my oldest were in high school is when I began to realize how fast the years were going by and that soon they would be graduating and going off to college! I wasn’t ready for that and suddenly I began to miss the times when they were little and their problems were too. Now, in high school there was so much more drama (my twins are girls!) and boyfriends and break-ups and friend’s betrayals to deal with. Real heartache, not elementary heartache.

One year after she graduated, one of the twins was accepted into Hillsong International Leadership College in Sydney, Australia. I thought letting her go to kindergarten was difficult, now she was going to attend college on another continent for three years only visiting for six weeks at Christmas! Hands down the hardest thing I ever had to do as a parent was leave her in Australia and fly back home without her! She was my first to go away, so I had nothing to compare it to and nothing prepared me for what I felt! 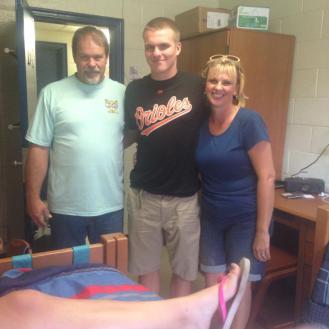 One year later, it was my son’s turn to go off to college. Thankfully he was closer to home, but it was still so hard to leave him! I had to keep reminding myself “I can do all things through Christ who strengthens me” (Philippians 4:13) so I didn’t fall completely apart as we drove away from that campus the way I did the day I flew away from Australia. And yet another year after that, I sent the other twin off to Hillsong too!

Now, another milestone year is upon me as my youngest goes into high school and I am now wishing summer lasted way longer than it does because of what I learned from my older three. And that is this; School years fly by and before you know it, you’re driving (or flying) away from your baby and their new home at a campus you pray will not only educate them but keep them safe and well until they come home for another all too short summer.

So, whether you are preparing to send your precious ones off to kindergarten, college or into the Military, or if you are the one going off, I hope you will take a page from my story here and treasure these moments before they vanish like the mist at sunrise.